Connecting With Country in Newnes - December 2018 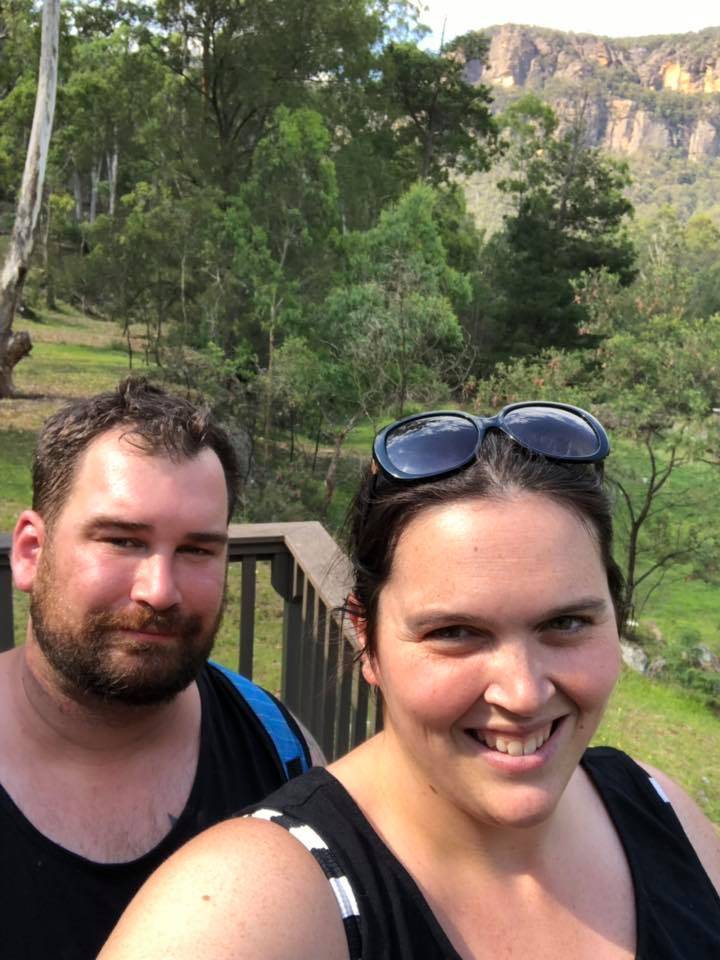 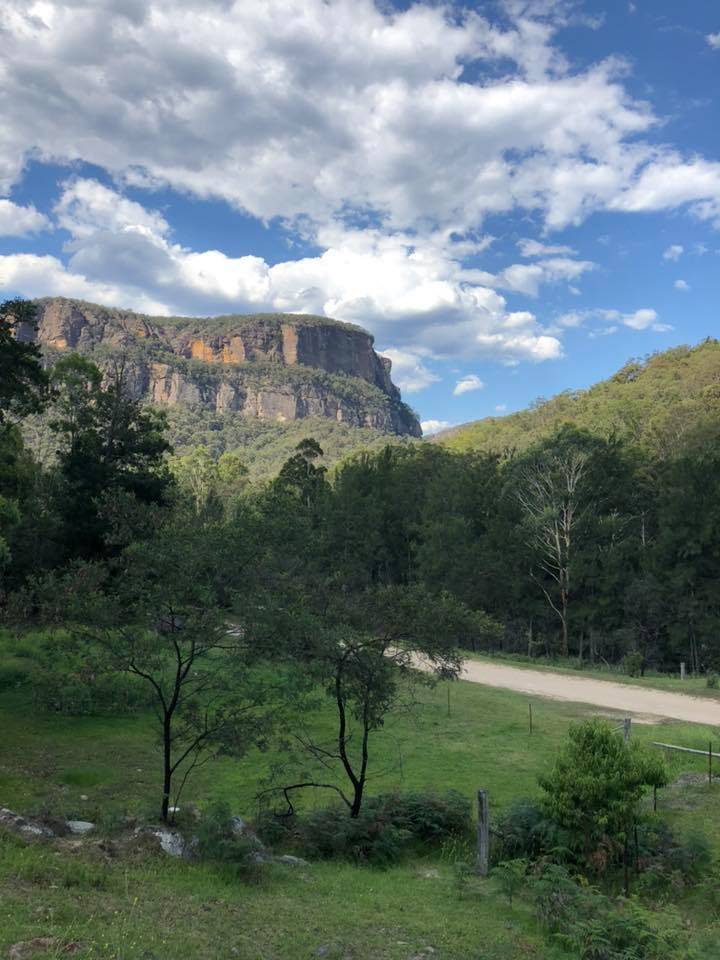 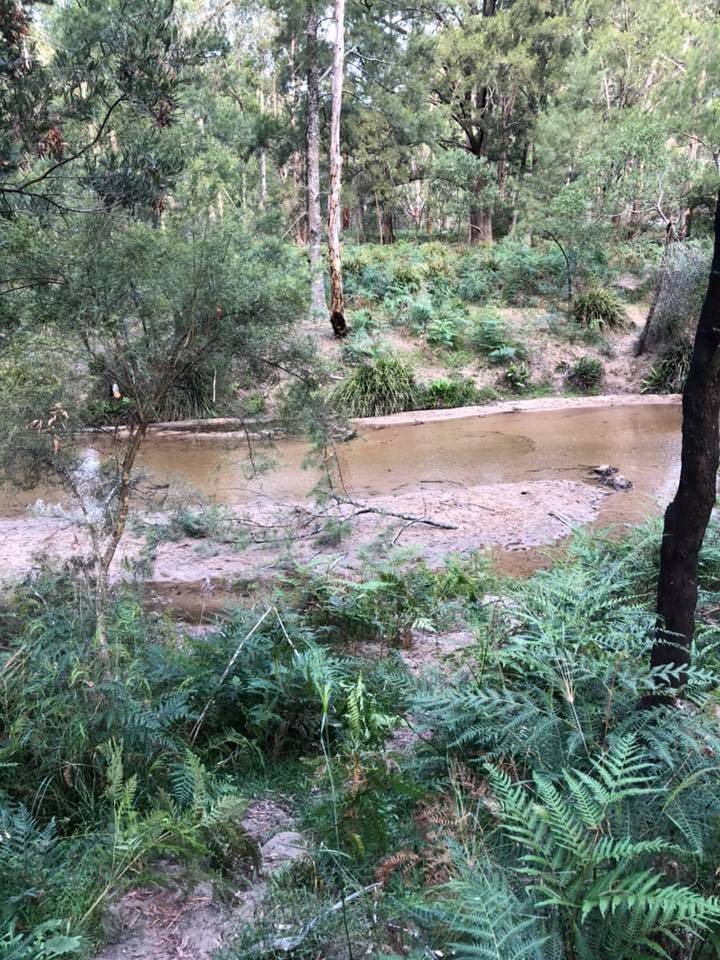 After having an extremely busy year with over 68 speaking gigs, multiple yarning circles and mentoring sessions I was left feeling completely disconnected from country. Whilst I have the amazing opportunity to explore parts of Australia that I wouldn't otherwise through my work I'm constantly on the go and rarely get the opportunity to be still.

Before Brendon (my now husband) and I met he worked at a resort in the Wolgan Valley. He has often spoken fondly of his time in the valley and has wanted to share his special place with me for a while now. With both of us in desperate need of a break we thought what better time than the present to escape and get off grid for a couple of days with some good mates.

We decided to travel down to Newnes an abandoned oil shale mining site in the Wolgan Valley.

The Newnes mining site was operational in the early 20th century and today you can still find remnants of the original mining community. Presently the area is a popular camping ground and sanctuary for the wildlife who live in the surrounding National Park.

Arriving at the camping ground it was abundantly clear that this place was home to lots of wildlife. It was a stinking hot day and most animals had made themselves scarce from the noisy campers and the blazing hot sun, likely seeking out shade in the shadow of the mountains and in the cool of the surrounding trees. There were however signs that this was their home and their place.

As the sun began to set I headed to the nearby creek with a couple of young lads who were keen to explore and stalk the Kangaroos who were slowly waking and creeping out from their resting places for a sip of cool water. As we crouched in the nearby reeds patiently waiting I shared some sign that Aboriginal people use when tracking animals. This was the main way of communicating without using sound that could potentially frighten animals away.

We weren't waiting long before we heard the strong unmistakeable sound of thumping feet along the sandy creek bed. The youngest of our crew forgetting himself with excitement jumped up shouting "I found one". The roo without hesitation pivoted and bolted back down the path disappearing once more.

Not deterred but slightly disheartened we set out to search in hopes of another Roo encounter. We set off down the same path stopping to look for marks in the sand that could indicate that we were headed in the right direction. With the youngest leading the way we found ourselves in an open clearing where once again we laid eyes on our hopping friend. This time we managed to get just that little bit closer.

Heading to the cabins that night I laid eyes on a few of the creatures who's scat I had seen that morning. 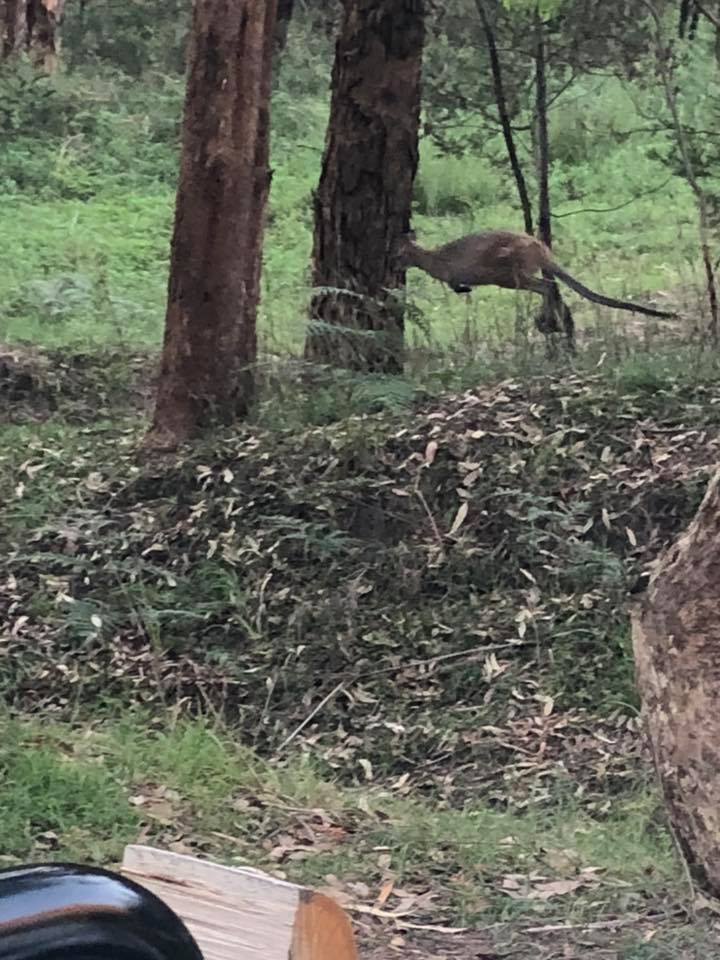 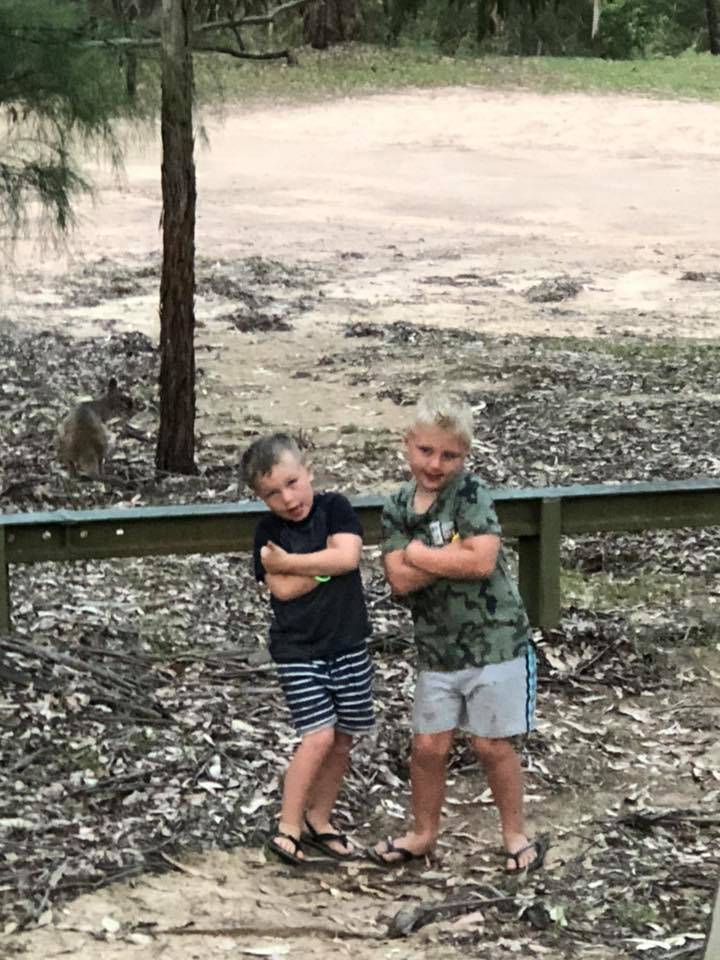 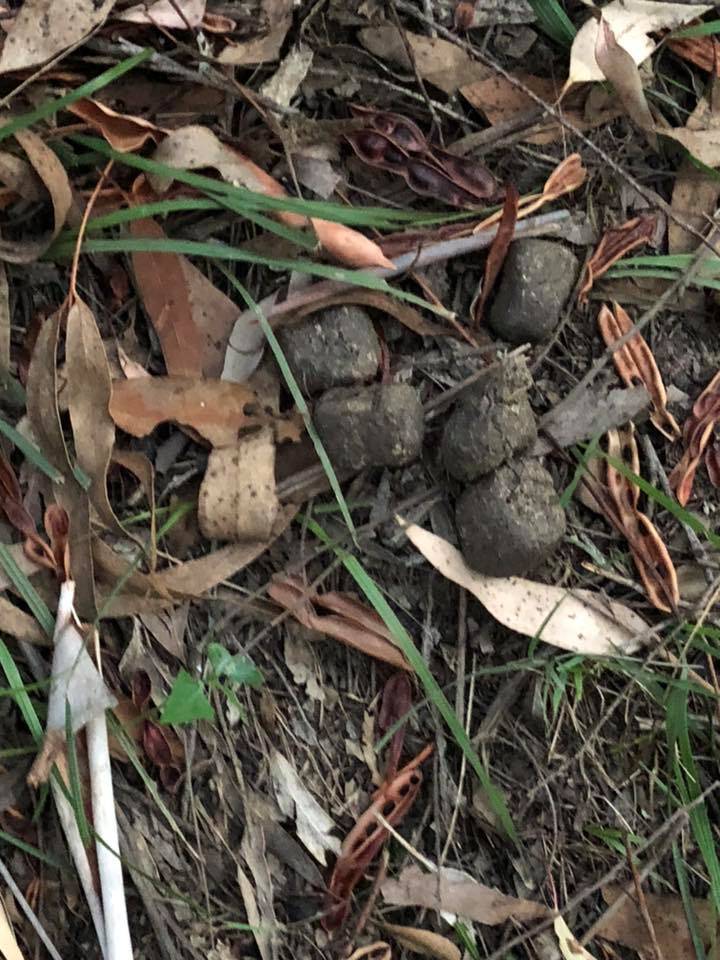 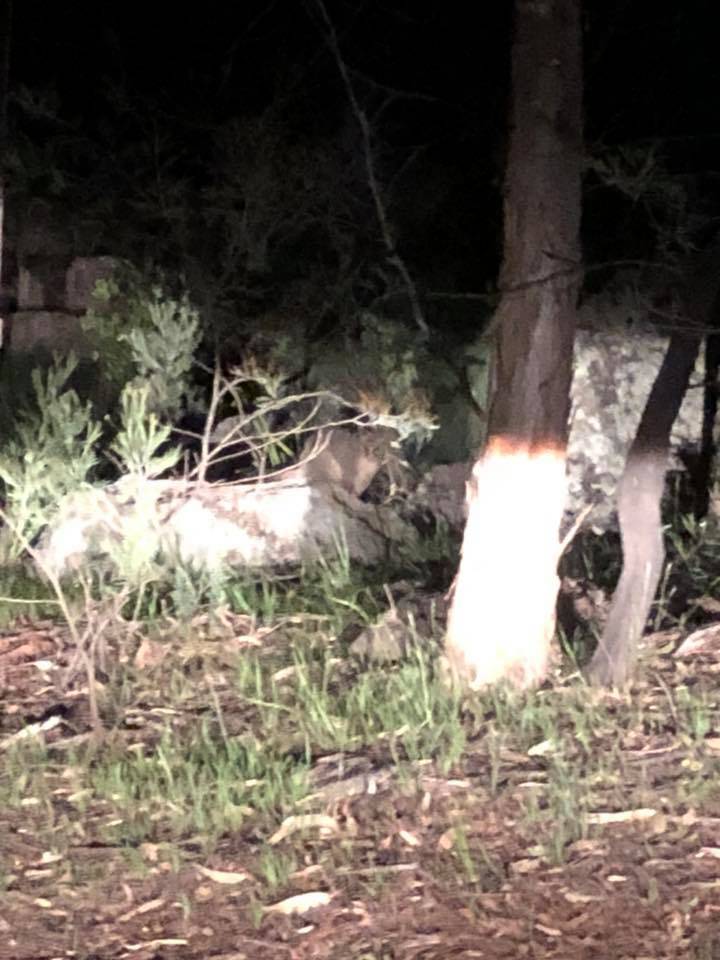 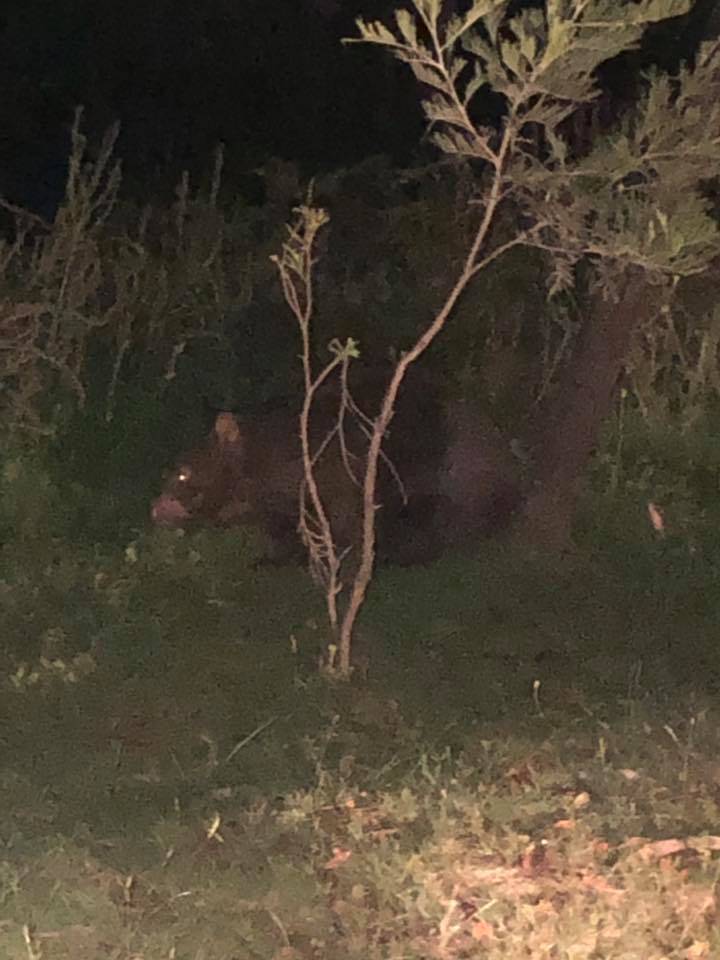 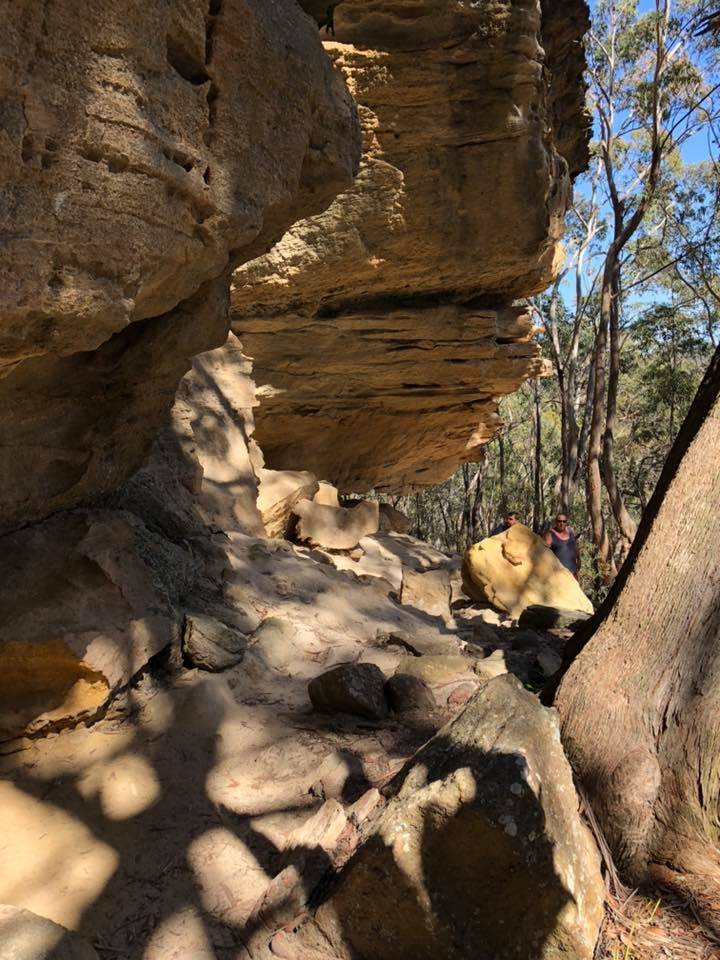 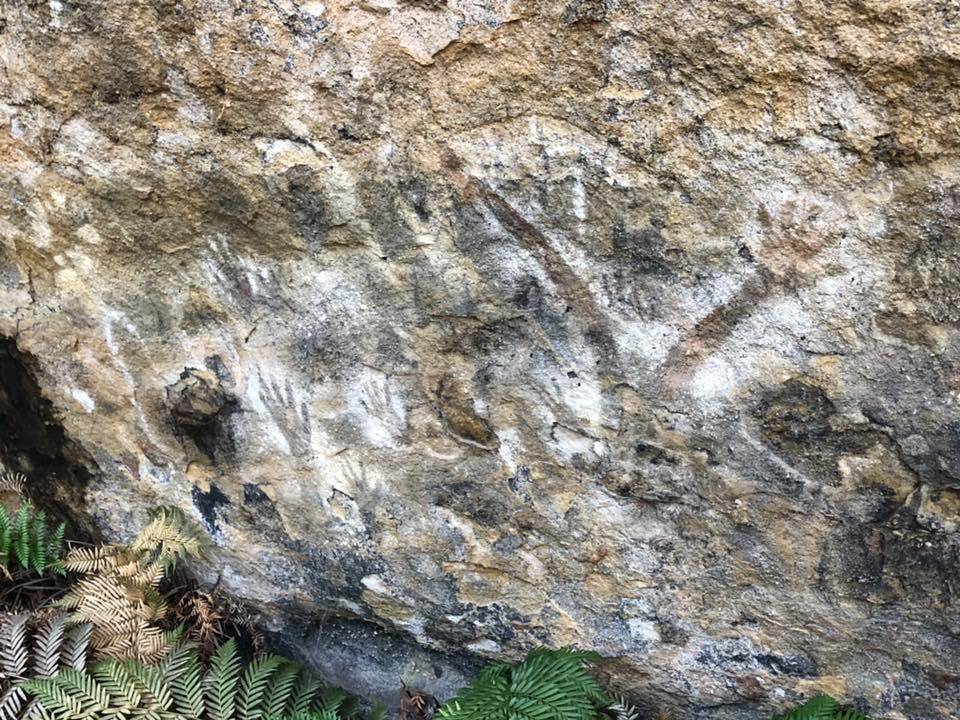 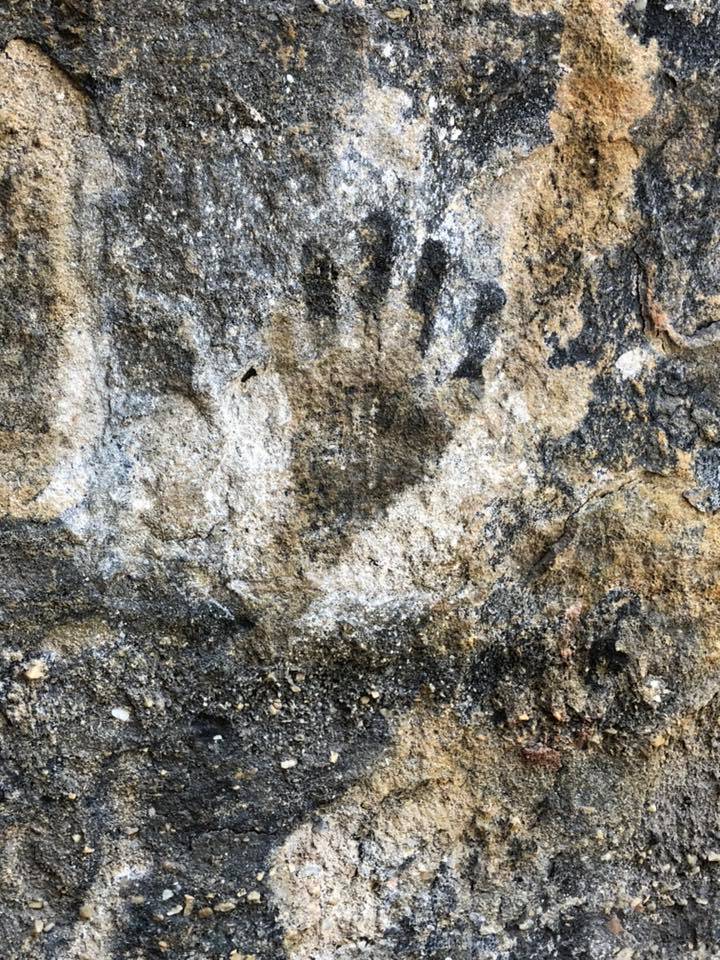 The greater Blue Mountains area lies across the traditional country of the six Aboriginal language groups; Wanaruah in the north, Dharawal and Gundungurra in the south, Darkinjung and Dharug in the east and Wiradjuri in the west, including around the Wolgan Valley. The traditional custodians now live in the surrounding townships but continue to practice their traditional culture, connect with country and engage with their rich heritage.

During our stay I went Maiyingu Marragu (previously known as Black Fellows Hand Reserve). This was previously a meeting place for Aboriginal people in the area. The rock overhang features a number of hands and weapons painted onto the cave as well as hand stencilled art.

Being at Maiyingu Marragu was by far a highlight of our time away. Being in the place of our ancestors had an incredibly grounding effect and I feel so lucky to have visited this place.